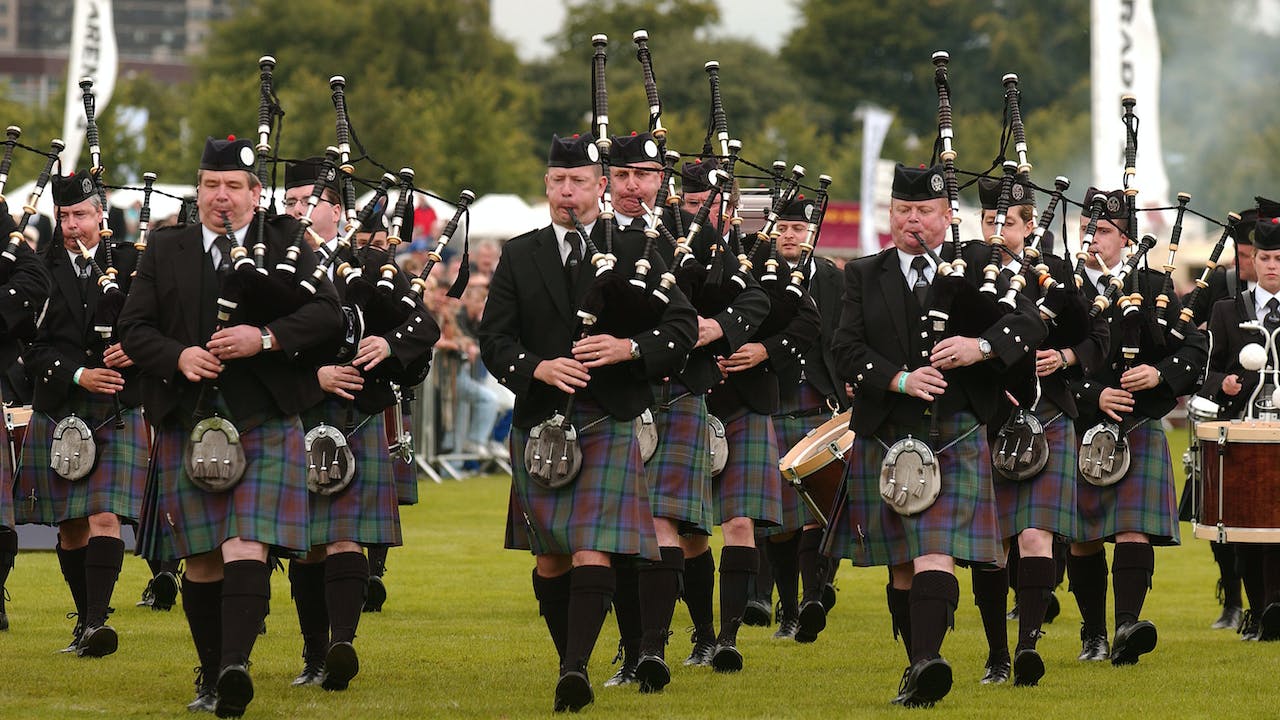 ON THE DAY: The Story of the Spirit of Scotland Pipe Band

The world’s elite solo bagpipers form an all-star band to compete against all odds at the World Championships in an epic battle of the bands. Filmed in Scotland, Canada and the US, this award-winning music documentary offers all of the thrills and nail-biting suspense of a great sports movie. You don’t need to be an expert or enthusiast to enjoy this riveting tale of talent, perseverance and camaraderie. (Note: This is the 67-minute version of the film that aired on the CBC)
PLUS 3 FREE BONUS EXTRAS:
- 28-page photo-filled booklet about the band & the film (pdf)
- 18-track music album* (76 minutes, mp3)
- 12-page music album liner notes (pdf)
*Solo recordings (not on any other albums) by Spirit of Scotland band members Roddy MacLeod, Niall Stewart, Alasdair Gillies, Simon McKerrell, Stuart Samson, Colin MacLellan, Matt MacIsaac, Niall Matheson, Willie McCallum, Angus MacColl, Euan MacCrimmon, and Jim McGillivray, plus the band's medley at the World Pipe Band Championship finals.